Who is Somebody and Who is Nobody? 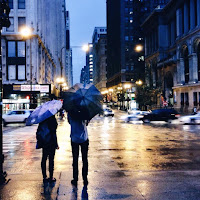 In the larger culture we’re in, there’s a “somebody” and there’s a “nobody.” Such social differentiation influences in certain ways how people view themselves.

The “somebody” are those with power, money, fame, or talents. On the other hand, the “nobody” constitutes the poor, powerless, sick, or disabled.

When Fin married Fely several years ago, Fely’s wealthy parents never hid their feelings of displeasure on their daughter’s choice. They looked down on Fin, then unemployed and struggling to be in business.

Fin became depressed. He had a difficult time getting along with his in-laws while being forced to live with them due to lack of means in the beginnings of his marriage. At varied times, he called himself a “useless nobody” and “cancer to society.”

Fast forward, with the loyal support of his wife, Fin found a code of success in business and became rich. Very rich, which includes ownership of expensive cars and multiple prime real estate properties.

At that specific point, Fin’s in-laws suddenly had a change of heart. They started to treat Fin in special ways, such as praising him, giving him surprise gifts, and preferential mention during family gatherings. Fin had become a “somebody” to them, if we may surmise that point.

Who is “somebody” and who is “nobody?”

If we go by Fin’s Story, which is similar to that of countless others, his being a “somebody” rests not in his own inherent value as a person, but on “things” he has accumulated. Without those “things,” he’s a “nobody.”

Think about that. Deeply. How it “objectifies” people and in the process putting a damage on to their psychological, emotional, spiritual and even physical well being.

And, that realization heals.