Accept People As They Are 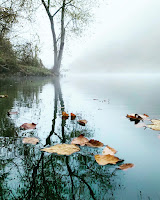 Criticizing is pretty common. It’s part of a lot of people’s conditioning. They easily slip into it automatically.

“He is too slow and lazy! I don’t know why I married him,” says a wife to me in-session in front of her husband.

The husband, who seems meek by nature, remarks that his wife is used to nagging him in the house, even with the slightest shortcomings.

Criticism is obvious in verbal attacks. Or, laughing at the person. Other times, criticism takes the form of looking away or walking out too fast.

Chronic criticizing is a sign of insecurity. Just a smokescreen.

The ego wants to protect itself from threats and fears. So it resorts to a way in which it tries to build itself up by putting another person down.

Inevitably, we will all experience moments when we get irritated, hurt, or offended by somebody else’s words or behavior.

Be mindful of your feelings and thoughts exactly during those moments, subtly or not so subtly.

And here’s what you do: Don’t quickly judge or reject the other person. Recognize that it’s an opportunity to practice empathy and compassion.

This does not mean you should put up with bad, abusive words and behaviors. Just remember that putting a person down or shaming by severe criticizing never works for good.

People are more than their weaknesses, mistakes, or dysfunctional behaviors. There’s a story behind every moment, every mistake, every hurtful words, every failure, every abuse.

When a person says hurtful words or behaves badly, it’s usually because they’re in pain. Attacking him or her will just make the situation worse.

Focusing on what’s wrong with people reduces them to only their negative characteristic/s. Like they become nothing but their temper or laziness, for example.

Accept people as they are, warts and all. That’s where good things start - individually and relationally - in our lives and community.