The Farmer and the Traveler

When processing issues of losses or failures in your life, a story of two friends can offer you a valuable psychological lesson. 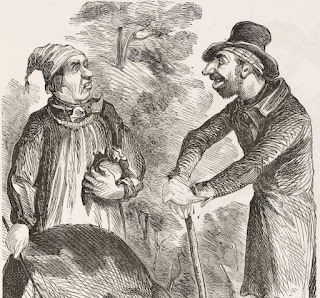 Two good friends—one was a farmer and the other was a traveler. Every so often the traveler would come visit and enjoy the company of his friend.

One time, as the traveler was departing, he thanked and praised the farmer. He said that he was so happy the farmer was so rich and successful.

The farmer only smiled and said: “This too shall pass.”

A few years later the traveler visited again. But this time, the farmer experienced a tragedy. He lost everything—the floods took his crops and illness killed his animals.

He was now among the poorest people there and worked for another successful farmer.  However, the farmer had not changed. He remained happy and hospitable as if nothing happened.

The traveler wondered about him and asked his friend how he could still remain happy and hospitable.

The farmer just smiled and said: “This too shall pass.”

In a couple of years, the traveler visited again. This time, the farmer became so rich and successful again. The traveler jumped for joy for his friend.

The farmer gave his familiar smile and said, “This too shall pass.”

Several years went by before the traveler visited again. This time he did not find his friend because his friend, who later became a Christian, had died.

The farmer’s wife showed him where his friend’s grave was and on the grave stone was written: “This too shall pass.”

When the traveler turned into an old man, the king of his country wanted to inscribe something on a ring that would make him experience hope and peace. He offered a great reward for anyone who can come up with such a statement.

Many people tried to get the reward of the king. But the king was not happy with their submissions.

Then our traveler showed up and suggested to the king this statement: “This too shall pass.”

And that is what was inscribed in the ring of the king.