Shuntryn Suzuki once said that, for Zen students, “a weed is a treasure.” 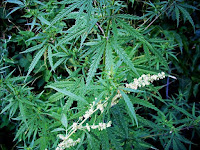 That’s not a normal way we think about weeds. Weeds are unwanted, useless. We often throw them away.

So, how then can weed be treasure?

I once met a woman who got used to cursing every time she’d feel frustrated. Her anger outbursts came up as a result of her reaction to her problems. She expected people around her to conform to the labels in her head.

And that never worked and ended well for her.

In therapy, she had to learn how much she was the author of her own suffering. All her medical, emotional, and relational breakdowns came from her self-sabotaging habitual reaction to problems.

After much struggle, reframing, and practicing, she began to know and do better on how to look at her problems the right way. Since she could not run away from her problems, she learned to turn inwards and transform them.

She has now become a new creature. She practices to live and let live, accepting things as they are. Her problems have now become gifts, transformed into wisdom and compassion.

Her “weeds became treasure.” Translate: her problems turned into gifts.

How do you look at your problems?

Look at them as “treasure,” as gifts. When you do with wisdom and patience, problems implode in on themselves and disappear.

The problems become seeds of virtue or goodness, which is simply seeing reality as it is.