Dr. Sigmund Freud, considered father of psychology, was developer of the earliest version of the “helping cure.” Psychotherapy, as later recognized. From then on, many psychological systems and breakthroughs were born outside of Freud’s reality.

For me, Freud was questionable or even downright wrong on many of his readings of reality. He was even not able to read his own personal reality honestly enough.

He had plenty of time to do therapy on himself to come to terms with the reality of his death. But he failed big time.

After being diagnosed with cancer for over 15 years, he still smoked a lot. This left a big crater in his mouth. He still missed seeing what really is.

He turned suicidal. As he hinted, “I cannot reconcile myself with the wretchedness and helplessness of being old, and look forward to the transition into nonbeing with a kind of longing.”

Finally, Freud struck a deal with his medical doctor to inject a lethal dose of morphine into his body. He died in his own terms not knowing and accepting what reality is and the life beyond. 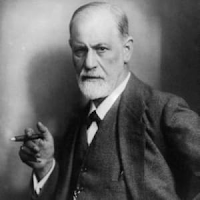 Death reality and death anxiety are ultimate wounds in need of proper resolution in psychotherapy. We can make a case that Freud himself was not a good therapist and personal example in that crucial area.

As I’ve always been saying, psychology can only do so much. Its greatest limitation is its incompleteness and lack of ultimacy.

At times, psychology can be helpful for you in certain specific areas. But realize that you can’t expect it to do for you what only God can do.