The Illusion of Control

Choice is basic. It’s an inherent power given to every human, whatever the circumstances.

When choice involves cooperation, there is respect in the relationship. When coercion is present, terror harms people and their relationship.

Bobby and Liza came to see me to heal their marriage from the wounds of infidelity. Both of them were hurting a lot. But they elected to change their situation by choosing differently.

As we moved along, complications in their process surfaced. Liza was unable to exercise enough restraint.

Our sessions were filled by Liza’s efforts to take control over Bobby in everything. They came in the form of arguing, debating, throwing temper tantrums, passive-aggressive behaviors, as well as verbal and physical threats.

Both in and out of the sessions each time, Liza witnessed Bobby drifting away more and more. The consequence was quick. Bobby went back into the arms of his affair partner. The marriage went beyond repair through the choices made. 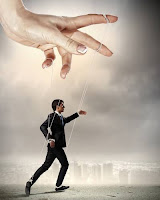 “As long as we continue to believe that we can control others or, conversely, that others can control us, the misery associated with common situations ... will continue unabated.”

The attempt to control others is referred to by choice theory as “external control psychology.”

This has been proven time and time again to be extremely damaging. Not only to the individual but, more so, to the health of the relationship being healed and saved.

Control of the choices of another person is an illusion. Healthy relationship doesn’t work that way.

In choice theory, such trait characterizes a type of mental disorder. It’s not a physical or brain problem but unconscious choices people make to cope with stress or trauma.

That’s where therapy needs to happen.