Dr. Eric Kandel, author and psychiatrist, has studied the brain at the cellular level. He aimed to find out how the brains learns.

He was the first to discover that the center place of the brain’s learning is not in the cells themselves, but in the “synapses” or interconnections between cells.

This has wide-ranging implications for life change in psychotherapy. Dr. Kandel’s study showed that our brain’s capacity to learn and relearn is far more expansive and elastic than what we’re used to believe.

One time, an elderly couple was referred to me. Their adult children had suffered long years of verbal and emotional abuse from them. At least 3 children were alienated from them for years now.

When their aged parents saw me, they exclaimed “How can you help us, we’re already too old!” They held on to a conventional belief that you can’t teach an old dog with new tricks.

But this old couple, despite their age, took steps to get where they are now - small, incremental steps that added to some progress in relating to their children.

“What happened?, asked one of their younger adult children. “I nervously brought my girlfriend in the house. And, they treated her differently and so well! They’re new!”

That’s one major reason why we stress consistency in psychotherapy. Enough repetition in psychological processing and experiencing can actually alter the physical structure of the brain.

Such process demonstrates the healing of the mind in the new learning of the brain. Old mental scripts eventually fade away, allowing to change habitual thoughts, emotions, and behaviors to create a new life one longs for.

Therapy is a process, not a destination.

As C.S. Lewis put it, “You are never too old to set another goal or to dream a new dream.” 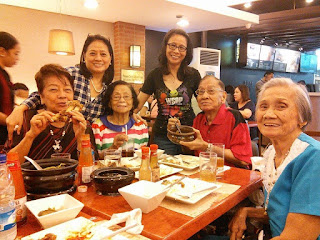