During the sessions I had with Peter, he kept claiming and repeating that he was finding himself.

His idea of that was simply doing whatever looks good for him. What he thinks and feels was his sole basis.

Peter chose to buy a property for his affair partner even after he claimed to his wife that the affair was over.

Understandably, his wife protested, severely dismayed. Part of the money used for the purchase was hers..

He said that it’s a right or best decision because the other woman suffered from their affair.

Obviously, Peter fell into subjectivism. It is that which in the end amounts to saying that he (or any individual) is his/her own standard apart from any objective Standard.

Peter’s pathology then is not merely psychological or emotional. It’s moral. A spiritual one, as well. He is not a victim of his conscience, but a violator of it.

Well-known psychiatrist and author, Dr. Karl Menninger, in his book “Whatever Became of Sin,”  speaks of the concept of sin in psychopathology.

“ ... one of the deceptive illusions about sin is the fact that even the worst sinners are often such ‘nice people.’ Well, after all, sinners are us, and in most things we do try to be ‘nice.’ “

I also affirm Dr. Menninger’s take on mental health, when he said,

“ ... mental health ... includes all the healths: physical, social, cultural, and moral (spiritual). To live, to love, to care, to enjoy, and to build on the foundations of our predecessors, to revere the constant miracles of creation and endurance, of ‘the starry skies above and the moral law within’ - these are acts and attitudes which express our mental health.” 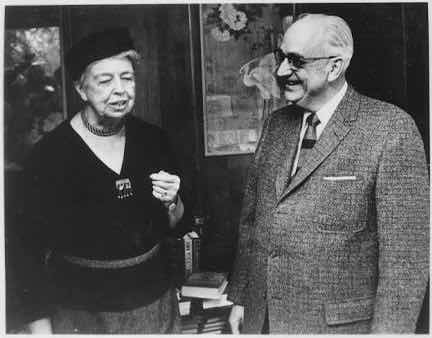