Not too long ago, I was in a session with a man who was full of anger. His life was progressively in chaos, including his vital relationship with his wife and children.

I spoke to his young children previously. They all had been "hit" by their father for years.

By "hit," I mean not just verbal and emotional abuse. But also very physical: punches, kicks, bottles thrown at them, even knife threats.

Expectedly, the wife has received the greatest brunt of his unresolved anger.

She endured much of the pain of his abuse. But now, she's about to completely give up on him.

Anger management can be likened to firefighting.

In order to effectively put out fires, you need to understand how fires start and persist.

Three necessary conditions produce fire: spark, oxygen, and fuel. When one of these conditions is removed, the fire is managed or stopped.

In anger, the "spark" is whatever situation or circumstance triggers it. The "oxygen" is the people around that engage you. And the third in the fire-triangle is the "fuel," which is you.

Yes, the person experiencing the anger is its fuel.

When there is rage or anger gone out of control, it's your own thoughts that continue to provide it with fuel.

The fuel of your thoughts next reinforce your angry emotions. Until you reach a dangerously volatile situation that forces reason out of your system. 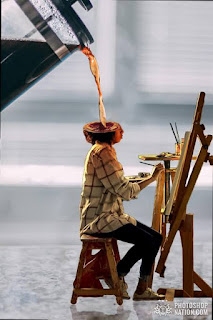 So a major key here is awareness of this dynamic of how thoughts become fuel to your persisting, destructive anger.

With such awareness, you can start directing your thoughts to "water" the fires happening in your life and relationships.