When You Avoid The Real Problem

It’s Sunday evening. And the clock is ticking so fast for you.

You’re working furiously to complete a task due in the office the next day. But silently, you’re cursing your self for delaying doing it by playing video games.

You wonder, how it happened. How you could lose your focus.

Procrastination is a common psychological trap.  It’s an avoidance behavior. It avoids the real problem or delays taking action on what truly matters. 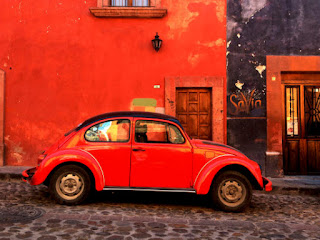 I’m reminded of Jericho. After being caught gambling millions and losing them, his wife Dina required him to seek therapy.

Dina had other issues with Jericho aside from his financial betrayal. She already endured much emotional pain from him for so long. So she threatened to leave with their kids if he’d not seek proper help.

One Friday evening, Jericho went home. He found out that his wife and kids had disappeared. He later received a phone call the next day, informing him that they had abandoned him and fled to another country.

Devastated, Jericho got drunk. And, later rushed to the hospital for emergency treatment.

Indeed, procrastinating or avoiding your real problem can exact a steep price on your relationships. Not just your work, finances, or health but the totality of your life in general.

As psychologist/ author Dr. Henry Cloud put it, “When you decide to avoid a difficult situation, what you’re really doing is prolonging the pain you’re experiencing.”

If you don’t stop or cure your self of it, things can be too late for you eventually.