One “Source” Why Infidelity Happens

Why do affairs happen?

That’s a million dollar question. And different experts may have a variety of answers.

Judging from the many cases of marital or relationship infidelity I’d worked on, I seem to have been able to identify one common “source.” 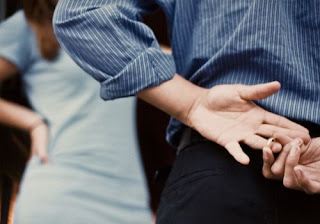 In reality, the unfaithful spouse or partner is acting on a kind of “transitional anxiety.” That usually involves a major developmental stage of life with new expectations and responsibilities.

Aging, approaching retirement, was a life transition for William who’s been married for 30 years. It proved to be a very anxious time and turmoil in his life.

It’s not hard for us to sense that William had been attempting to ward off feelings of depression from growing older.

After his heart bypass, everything was going wrong for him. An extramarital affair appeared to offer an escape, a break from his anxiety of “looking inward,” and some comfort for him.

Other major life events can create “transitional anxiety” during which infidelity may happen. Such as:  becoming wealthy or successful in business, raising teenagers, coping with career changes, caring for aging parents, birth of a baby, losses, even positive occurrences.

Psychologist Nancy Schlossberg tells us that a transition is an “event or non-event resulting in a change of assumptions about one’s self and the world.”

The anxiety that occurs in making the transition in one’s life stage to the next can be one big “source” why infidelity occurs.

Transitions are anxious times. Even for all of us. Healthy, affair-free transitions depend on a person’s strengths, values, supports, and resources.