There are famous research and empirical studies that show a close relationship between prayer and psycho-physiological healing.

People do heal through prayer. It can heal psychologically and spiritually. It can heal physically. It’s both internal and external. 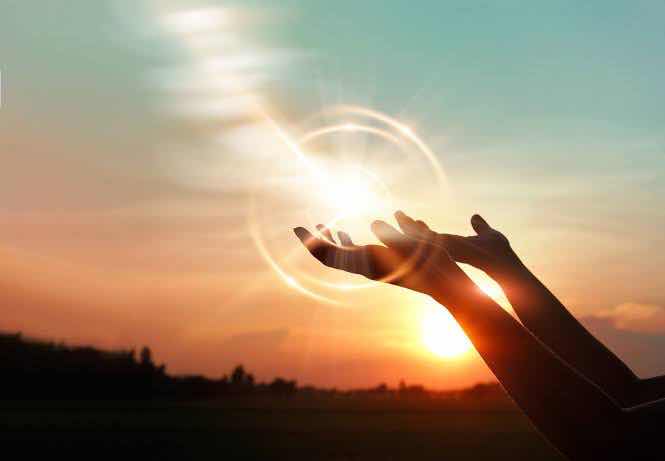 We normally think that prayer is “doing.” But in essence, it is not. It is “being.”

Effective prayer is prayer in “being.”

Jerry was a psychotherapy patient in one well known study on the psychological effects of prayer.

According to psychology researchers, Parker and St. John’s, in their book “Prayer Can Change Your Life: Experiments and Techniques in Prayer Therapy,” there is a maladaptive way in praying that reinforces personal problems.

They cited the case of Jerry who used “rote prayer.”

He “ ... reiterated his guilt and his ‘wormy’ feeling, constantly asking for forgiveness which he never took. His concept of God was a faraway Being which increased his feelings of dependency and inadequacy because he could never be sure He was listening ... and for 271 evenings straight he told God and himself what a failure they made as a team.”

2.  It has to be an ACT OF SURRENDER.
- We pray with the attitude of giving up our
desires and demands, seeking only to do
God’s will.

4.  It has to be in expectant FAITH.
- Receptive and visualizing and trusting God to
answer our prayers.

“Do not heap up empty phrases as the Gentiles do ... for your Father knows what you need before you ask Him.” (Matthew 6: 7, 8)

The Lord tells us to pray for our needs. But, not use a lot of words or rote prayer.

He looks at our heart, more than our words or actions, when we pray.