The Straw That Breaks the Camel’s Back

You may have heard of an old saying ...
“That’s the straw that breaks the camel’s back.” 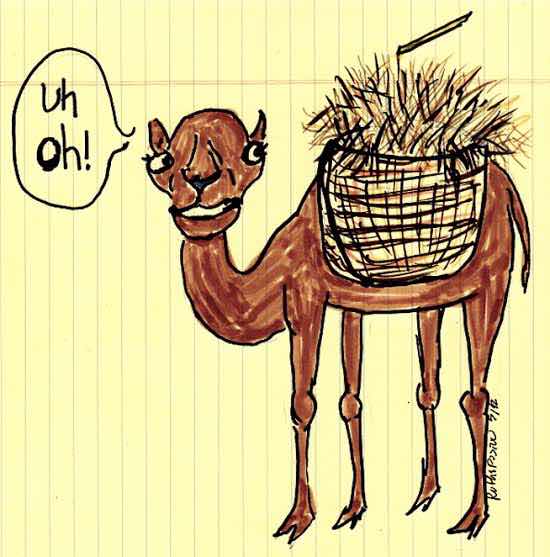 Why the break in the camel’s condition?
Two things.
One, past load.
The camel must had been loaded on many occasions at times in the past.
Possibly, it has become weighted down by the repeated substantial burdens.
Two, present load.
It’s possible that the camel’s back broke either through light or heavy load.
Past heavy loads plus present light load can produce the break. Or, past light load plus present heavy load can be too much for the camel.
In considering the causes of psychological breakdown or mental illness, it’s important to consider both past and present loads or stresses.
Obviously, humans, like camels, differ in “build.” Some are stronger. Some are weaker.
Dr. Viktor Frankl, a famous author and psychiatrist, however observed that, no matter the “build,” individuals become stronger and do not get easily broken when they embrace some kind of faith.
According to him, such faith results in increase in one’s ability to carry or withstand even heavy loads and stresses.
#laststrawthatbreaksthecamelback
#faithiskey
#onlinetherapycounseling
#maritaltherapycounseling
#parentchildtherapycounseling
#depressiontherapycounseling
#drsubida
#psychologyandspirituality
Email Post
Labels: depression therapy marital therapy counseling online therapy counseling parent child therapy counseling psychologist Philippines Psychotherapist Manila