Order the Rest of Your Days

Death is inevitable. Every human being goes through that transition in his existence.
How’s the transition be made finely and gracefully? 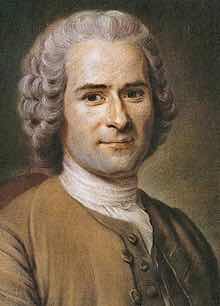 Writer and philosopher Jean Rousseau describes it as ...
“to order my inner life for the rest of my days as I would wish it to be at the time of my death”
Rousseau used to be a well known government official with a lucrative salary.
Only at age 40, he gave it up.
He took up an occupation privately “copying music at so much a page,” an occupation which gave him much pleasure.
Rousseau also remarked that his new occupation allowed him time for reading and writing, the activities he most valued.
He lived till his mid-60s.
Life, no matter how long it seems to some, is never open-ended.
Everything on earth is on a constant flux. All things change, including our selves.
Accepting the inevitable reality of death makes us realize that we are never in control of our lives.
While we have the days left, we make the most of the time to be and do what truly matters.
#rousseau
#psychotherapistmanila
#deathanxiety
#preparingfordeath
#psychologistphilippines
#maritaltherapycounselingmanila
#onlinetherapycounseling
#psychotherapyforaginganddying
Email Post
Labels: marital therapy counseling Manila online therapy counseling parent child therapy counseling Manila psychologist Philippines Psychotherapist Manila Rousseau