In 1991, Helmut had an unexpected discovery.  What he thought was garbage was actually a human being.
Lain there was a man who died 5,000 years ago, even before Christ!
Identified as Europe’s oldest natural human mummy, anthropologists called him “Oetzi,” after the Oetz valley where Helmut found him.
This was a monumental moment of change for Helmut. 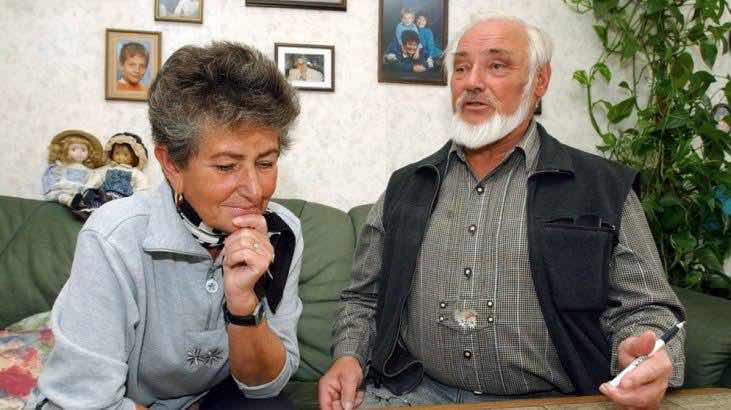 Out of this accidental discovery, Helmut and his wife derived a readiness for the arrival of a new life.
They searched the secrets of human life and hereafter. Month after month, they searched.
One day, they found an ancient book. It’s called the Bible, from which they became Christ believers.
An immense tenderness overpowered their heart beginning with the mummy and then to the Scriptures.
I don’t know about you. But I’ve realized that all our lives we’ve been forced to focus on externals. The levels of surface only,
Then ... we discovered that there is a more important, deeper life. The Higher Life.
As author and mental health counselor Dr. Wendy Lustbader recalled of how one 62-year-old patient put it,
“... the externals, when applied to the stretch of life that now lay ahead of me - aging, old age, a probable terminal illness, death and a possible world beyond - left me absolutely nothing ... The inner landscape, once it was really discovered and lived in, was aglow.”
In many respects, we’ve to die to the external, superficial life we previously had.
In so doing, we open ourselves to the discovery that incite growth to what True Life really is for ourselves.
#oetzi
#HigherLife
#DeeperLife
#psychotherapistmanila
#psychologistphilippines
#onlinetherapycounselinglifecoaching
#maritaltherapycounselingmanila
#parentchildtherapycounselingmanila
Email Post
Labels: Helmut Simon life coaching marital therapy counseling Manila Oetzi online therapy counseling psychologist Philippines Psychotherapist Manila