The Queen’s Gambit is the latest 2020 all time hit over at Netflix.
It’s about the healing power of chess.
Beth Harmon, the heroine in the film, is a mental health sufferer. A clinically depressed orphan, insecure adult, and substance addict.
When she discovered her “therapy” - her genius in chess, that’s when her life became progressively better.
At the end of the film, she’s walking through the streets of Russia and shaking hands and having “fun” with aging Russian chess players.
It’s a lovely story of triumph - healing psychologically, emotionally, and materially through the game of chess. 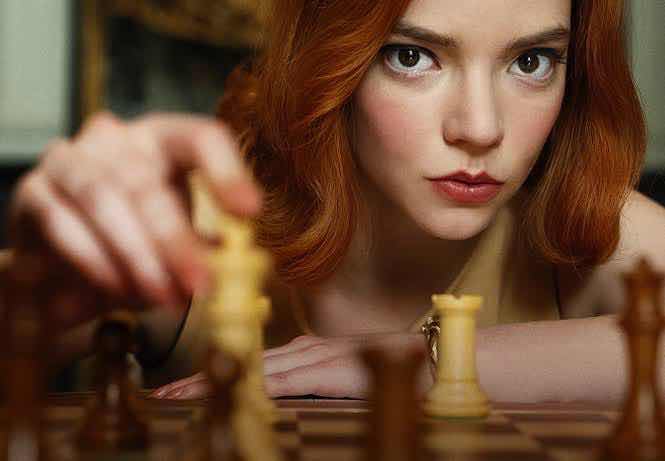 In the practices of some psychotherapists, chess is employed as a therapeutic art tool.
Dr. Sigmund Freud, father of psychoanalysis, was a formidable player himself. He played chess with friends and patients.
Chess psychotherapy was probably first developed by a certain Persian physician, Rhazes, as early as A.D. 852-932.
At the time, he was the chief physician of a noted hospital in Baghdad.
Dr. Rhazes counseled his patients and students according to the symbols and metaphors of chess and its configurations.
Modern-day writer and practicing therapist, Roumen Bezergianov, from Bulgaria wrote the bestselling book, “Character Education in Chess.”
Written from a backdrop of Dr. Viktor Frankl’s Logotherapy, the author creatively blended its therapeutic framework to the dynamic and symbolisms of chess.
Over the years into the present, chess has been employed as a possibility for psychosocial intervention.
It’s made available, for example, in hospitals and prisons for patients or inmates in need of specific recovery and rehabilitation.
#chesstherapy
#psychotherapistmanila
#onlinetherapycounselinglifecoaching
Email Post
Labels: chess therapy healing through chess marital therapy counseling online therapy counseling life coaching psychologist Philippines Psychotherapist Manila