As a psychotherapist, I’ve noticed couples encountering major marital difficulties in their late-life years.
Individual partners who are seniors often felt they’d come to inhabit a separate world from that of their spouse.
Perhaps that’s true in the case of Bill and Melinda. To a greater or lesser extent, in some ways.
After 27 years of (long term marriage) and three children, billionaire Bill Gates, 65, and his wife Melinda, 57, are divorcing. 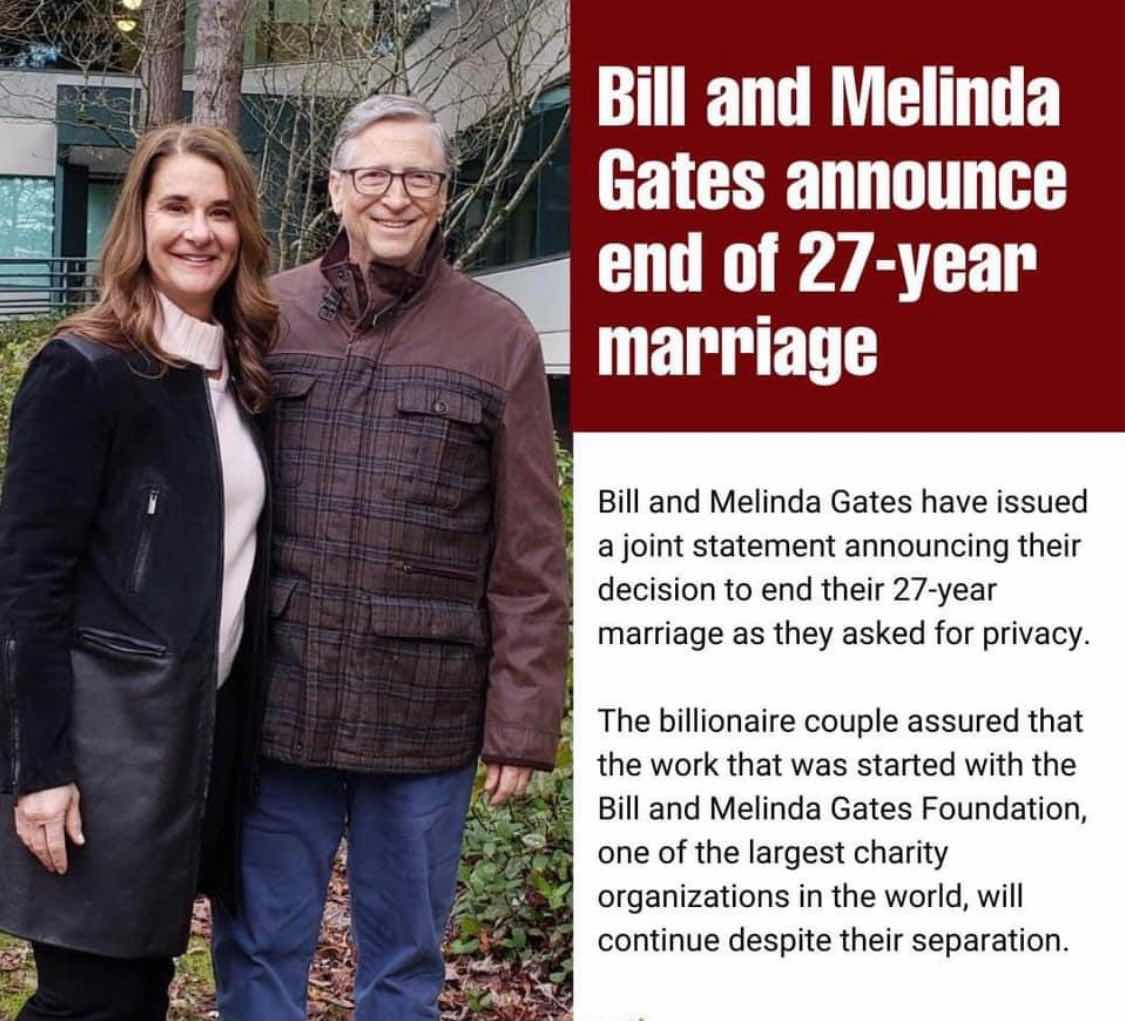 Therapist Dr. Jacqueline Olds writes this reflection:
“Often husbands and wives did not recognize that dividing the marriage into two specialized domains launched them on separate life trajectories. Early on in their married lives, they lost the sense that raising children was a mutual task, one that could bind them together over a lifetime. By the time the children were grown, the husband and wife had drifted irrevocably apart ... We also thought that a specific difficulty might be the disappearance of the sense of a shared task in the marriage.”
Could Dr. Olds reflection apply, at least partly, in the case of Bill and Melinda?
Of course, we can only speculate. For there could be a confluence of many, differing factors in Bill’s and Melinda’s senior marriage.
The circumstances that lead to any divorce, including that of seniors, are always varied.
Still, we wonder what could be the main missing piece.
MyOnlinePsychotherapyPh.Com
Email Post
Labels: depression marriage and family therapy counseling manila online psychotherapy counseling life coaching Psychotherapist Manila PTSD